Back to work, back school and a welcome back to the sunshine.

It was trailed in advance over the weekend, and as expected, the Government has announced national insurance and dividend tax increases to “fix social care”.

Whether you are in the camp of there having to be something sorted for social care, or that this represents a break of an election manifesto promise, it is a tax increase.

The announcement can be summarised as follows:

In April 2023 the 1.25% increase will be separated from NIC and be shown as what is currently being called a social care levy.

The additional NIC will be progressive, meaning those who earn more will pay more.  For example, a basic rate taxpayer earning £24,100 will contribute £180 a year and a higher rate taxpayer earning £67,100 will contribute £715 a year.  The majority of the £36bn spent in the first three years from the tax increases will be on improving the NHS waiting list after Covid-19.  After 2024-25, more of the funding will go towards paying for social care costs as part of a long promised reform of the system.  (The debate is whether this penalises the young working population, as opposed to taxing the richer, asset-owning section of society).

The Government also announced that it would be suspending the triple lock on pensions for one year from April 2022.  The triple lock promise provides that the state pension will increase each year in line with whichever is the highest out of the rising cost of living according to the Consumer Prices Index's measure of inflation, increases in average wages or 2.5%.  A surge in wages would have qualified pensioners for an 8% increase in pensions if the rise was based on earnings, it was therefore thought fairer that the state pension will rise by inflation next year.

We cannot recall when a tax increase was made outside of a Budget or a financial statement as normally, when required, we have an emergency Budget, for example July 2015 when the Convervative Government replaced the coalition. After the social care levy announcement was made, the Chancellor, Rishi Sunak, confirmed that the next Budget will be held on 27 October.  The Prime Minister, at a news conference after the announcement, did not rule out any further tax increases in this Parliament!

The dividend rate increase is another hit for those who operate through a limited company, joining the 25% increase in corporation tax announced earlier in the year to take effect in April 2023. Outside of the 1.25% NIC increase, it has been estimated that half a million sole traders and partners may face higher tax bills than expected next year if the Government’s proposal to change the date businesses report their profits is approved. The proposal is to change the 12-month period partners and sole traders use to calculate their profits – to bring everyone in line with either 31 March or 5 April, the end of the tax year.  The simplification of the basis period rules were part of the Government’s legislation day, known as ‘L-day’, when the Government published a number of consultation documents including one on basis period reform. For more information on who is effected and the impact, please see the link below.

FIC is a private company that is controlled and run by its directors (usually the parents), with family members (usually children) owning the shares. All day-to-day control and investment decisions are vested in the directors and these companies are used by the individuals who want to transfer value to family members (or other individuals) but retain some control over the assets gifted and/or the access of the recipients.  They are common with clients who do not wish to use trusts which have become unfashionable following tax changes in 2006.  Back in 2019 a specialist HMRC unit was created when HMRC recognised that FICs had become an increasingly popular succession tool for high-net-worth individuals.

HMRC has now closed the unit, concluding that ‘it now has a better understanding of the characteristics of FICs and the use of these structures does not suggest those taxpayers that use them are non-compliant when it comes to their tax affairs.’  However, the increase in the corporation tax rate, has made FICs slightly less attractive than they were.

If you wish to consider a FIC for inheritance planning, please do not hesitate to contact us.

HMRC has its artificial intelligence information technology system to deal with tax evasion, known as Connect. (More details can be found here.  In France, the French tax authorities are using Google Earth to look at individuals’ homes re the size of their property and if they have a swimming pool.  The French tax authorities have teamed up with Google Earth to develop a program to check whether homeowners have declared home improvements or swimming pools, which add value to their property and increases their tax liability.  It is another example of tax authorities using technology to compensate for reduction in staff numbers and similar software is already used by the Greeks who, following the financial crisis in 2008, found 17,000 pools (again more tax), compared to the 324 registered in Athens From September we will be introducing our client management portal called ONVIO, a secure online portal.

Onvio is aimed at providing a highly secure and efficient communication portal between yourself and us.

Onvio has many great features that will make your tax and accounting responsibilities easier for you to manage and process. You can work anywhere, anytime and securely manage your documents. Upload documents and files from your mobile, tablet or desktop, as well as easy online signing of documents including tax returns and accounting records.

During the coming weeks, you will be sent an invite asking you to register for portal access. The email will come from Onvio with our firm’s name in the body content. 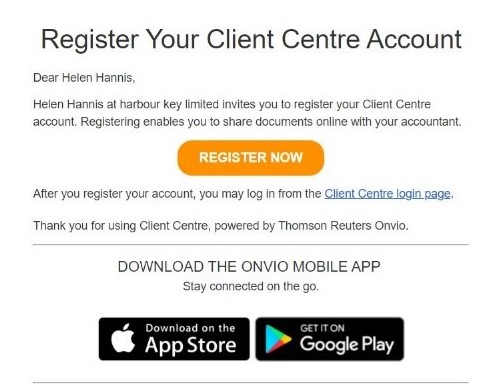 https://onvio.co.uk/login/#/
save this link to your favourites once you have registered for the service to access in the future.

We can share data seamlessly and securely with you. Use popular document-sharing solutions like Dropbox®, Google Drive™, and Box, which integrate seamlessly with Onvio client Management.

We receive automatic notifications when you have messaged us, uploaded information or signed documents that we have sent to you.

Client collaboration and data security is our key focus. Use our secure online client portal to exchange files and messages with us in the coming weeks.